Nowadays, plastic is one of the major problems related to the environment.  According to UNEP data (United Nations Environment Programme), every year about 9 million tons of plastic are spilled in the sea.

Water pollution is now daily news, to the point where none of us are shocked anymore when we talk about the Great Pacific Garbage Patch, the biggest collection of plastic and floating trash located in the Pacific Ocean. Its actual dimensions vary between 700,000 km2 and more than 10 million km2… this vastness should not astonish us, but also only worry us!

This big trash island started developing during 1980s. Floating trash is caused by human activity, in particular plastic material. Plastic arrives in the ocean and, pushed by an ocean current which is endowed with a clockwise spiral movement, collecting together and creating the trash floating island.

Yes, you got that right: a gigantic TRASH ISLAND is floating around our oceans. And it is not a real island. A big trash stain similar to this one is “sailing” around the Atlantic Ocean and many others have already shaped or are shaping right now. (The first trash island map of the oceans was made in 2014 and published by Proceedings of the National Academy of Sciences, scientific magazine).

It has been estimated that every year about 1 million sea birds, 100k mammals and an undefined number of fish die because of the pollution of the plastic materials. All the plastic and floating trash dissolve and disintegrate into very small pieces. The schlop created ends up in the fish’s stomach… and going back up through the food chain, it arrives to us humans.

A German study published in the International Environmental magazine “Environmental Science & Technology” supports the belief that the main transport vector of plastic material towards oceans are rivers, especially in countries without well-developed river infrastructure. At the current rate, the plastic quantity unloaded into the oceans will rise to the point where there will be literally more plastic trash than fish themselves.

For this, a lot of researchers sustain that, to cut in half the ocean pollution, we must improve the management of our waterways.

On how to intervene in the rivers, the start-up RIVER CLEANING. has already thought about it. The startup from Vicenza (Veneto, Italy), winners of the 2019 “Dall’Idea all’Impresa Green” contest as best business idea in the green sector, has the aim of cleaning up rivers from plastic materials.

The revolutionary and effective technology designed to collect waste in rivers, now composed of 3 MODIAL PCT patents, was developed by Vanni Covolo, CEO and owner of the River Cleaning patent, in which he and his team strongly believe.

It is made up of a series of floating devices, located diagonally all along the river. This allows the interception of incoming plastic waste which, bounced from one device to another, is accompanied by a conveyor belt in a storage area on the riverbank. Once the container is filled, a signal is sent to the operator center which will pick it up and replace it with a ready-to-use empty one.

This system was built to require as little maintenance as possible and to have zero impact on the ecosystem. It is self-sufficient and works using the river current 24/7, without the need of a power source, as stated above. The small floating watermills are anchored to the stream bed in such a way that they always float on the surface of the water and, unlike other water cleaning systems, River Cleaning allows for the unhindered navigation of fish fauna, too.

The project didn’t stop at the collection of the plastic material alone! Just recently, on the occasion of Ecomondo (Europe's leading fair on green technologies), River OIL, a new and innovative system for the collection of oils, has been presented. The new machine will allow for the cleaning of waterways not only from plastic, but also from oily substances.

Also through a series of floating and autonomous devices, pollutants are intercepted at the water's edge, filtered and separated by the water itself. River Oil can be integrated into the already proven River Cleaning as a single mobile dam, placing itself as the most advanced system for cleaning rivers from both physical and liquid floating waste!

The eco-friendly solution brought by the system has encountered many favorable buyers, not only Italian ones but also international from Egypt, India, China, South Africa, Israel, Peru and Turkey.

These days, the fragile equilibrium of sea plants and animals is not the only thing threatened by land pollution and the bigger presence of plastics.

To overcome the point of no return, we have to act immediately and not just ask ourselves how to stop this happening!

Keep following us to be updated on our friendly environmental actions and other action to help our planet! 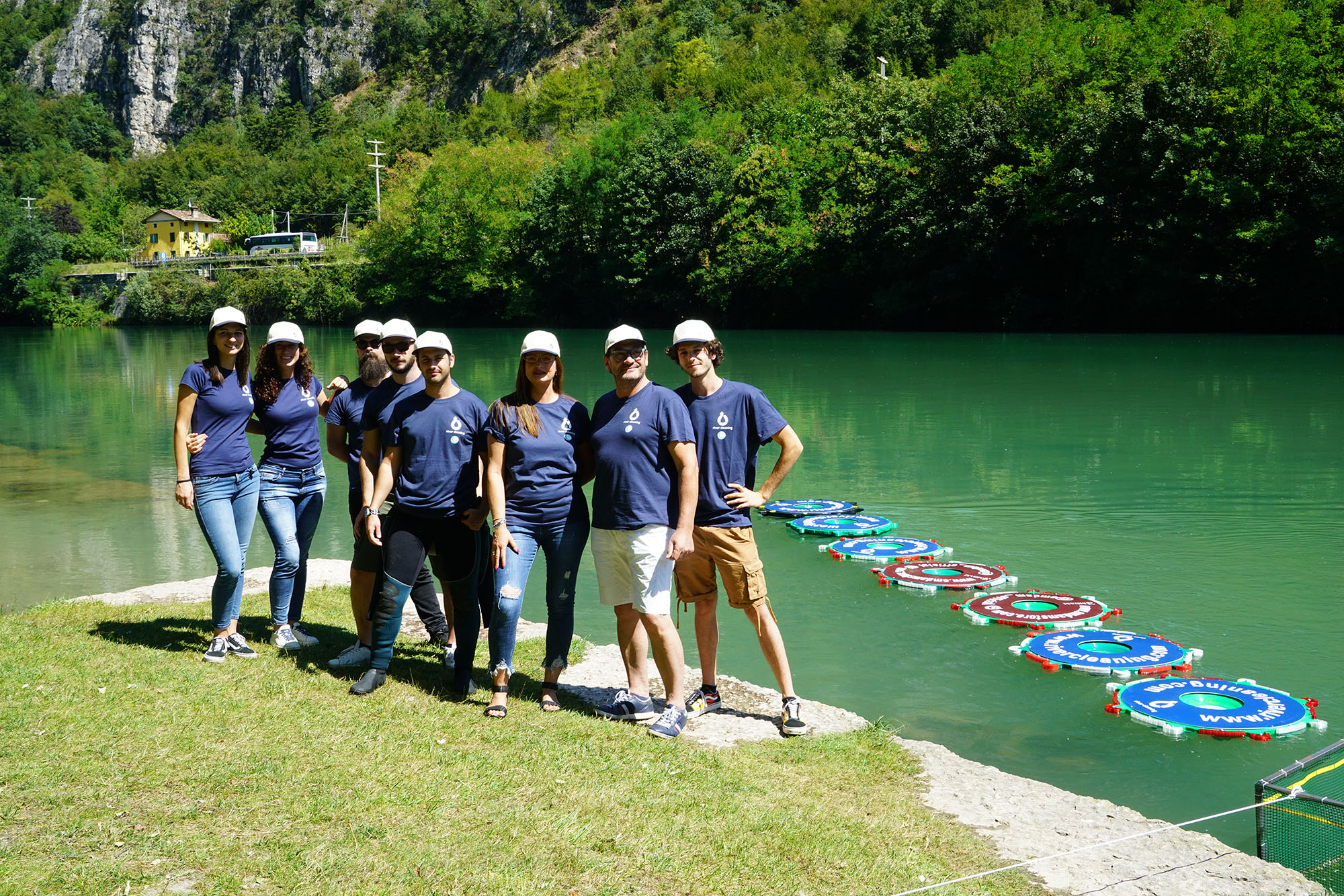